Headed to Taiwan’s gorgeous East Coast and wondering how to get from Taipei to Hualien City? Then this post is for you.

Hualien City is one of the highlights on any Taiwan itinerary and offers oodles of amazing things to do and see. Located on the island’s east coast in Hualien County, the city of Hualien is known for its beautiful natural scenery and serves as the main gateway to Taroko Gorge and the stunning East Rift Valley.

Since Hualien is a popular hotspot among locals and travelers alike, getting to Hualien from Taipei couldn’t be easier. In fact, there are loads of ways to travel between the two cities. And in this guide, I’ll share all of them with you so that you can find the best way to go to Hualien for you!

How to Get from Taipei to Hualien

Taking the Train from Taipei to Hualien

The most straightforward way to travel between Taipei and Hualien is by train.

Although the HSR does not operate between Hualien and Taipei (yet), several local trains travel to and from Hualien daily. And a ride on a TRA train is just as comfortable and smooth as the HSR.

As mentioned, a couple of trains connect the capital city to Hualien City. The first train leaves Taipei Main Station for Hualien Train Station at 6:14 am, and the last train is at 10 pm.

The Tze-Chiang Limited Express train and Chu-Kuang Express train also go to Hualien daily. These trains are usually much slower and the journey can take anywhere from 2.5 to 4 hours. Tickets generally range from NTD 283 to NTD 427, and while these options might be slightly cheaper, traveling times are often considerably longer.

No matter which train from Taipei to Hualien you choose to take, it’s important to know that Hualien is a popular tourist spot, and trains fill up quickly. Therefore, if you’re visiting on the weekend or during special holidays like Chinese New Year, it’s essential to book tickets well in advance. You can book a train ticket up to 14 days in advance. And this can be done either in person at any TRA station or online via the TRA website.

If you’ve booked a seat online, you can pick up your ticket at any 7-Eleven islandwide or in person at the train station. Remember to bring your passport and booking number along for verification.

Taipei to Hualien by Bus

If you’re looking for a cheaper way to travel from Taipei to Hualien, the bus is your best bet.

Thankfully you no longer need to purchase a combo ticket (involving a train and bus ride) to get to Hualien, as there are now two bus operators who offer direct routes to the city.

How to get to Nangang Bus Station from Taipei Main Station

Nangang Bus Station is located in Taipei City and is easily accessed by taxi, bus, or MRT. While you could use any of these options to get to the station, taking the MRT will probably be the cheapest (and most straightforward) way to get there.

Flying to Hualien from Taipei

For those with super limited time (or big pockets), another way to get from Taipei to Hualien is by air.

Currently, Uni Air is the only airline offering nonstop flights between Taipei and Hualien. Flights depart at Songshan Airport (TSA) in Taipei and arrive at Hualien Airport (HUN). The flight takes less than an hour, and prices vary depending on your travel dates. In general, though, expect prices to start around NTD 3000 for a round-trip flight.

Another thing to note is that flights don’t go to Hualien every day, so plan well in advance.

Only have one day to spare for a trip to Taiwan’s east coast? Check out this Taroko tour with round-trip flights from Taipei.

How to get to Songshan Airport from Taipei

All flights for Hualien depart from Songshan Airport (not to be confused with Taoyuan Airport). The airport lies within Taipei City’s borders, so it’s pretty easy to reach in several ways.

The fastest way to get to Songshan Airport from your hotel in Taipei is to hop in a taxi or book an Uber. In general, a ride shouldn’t cost more than NTD 300-400.

If you’re looking for a cheaper option, you can take the Brown MRT line all the way to Songshan Airport. Several subway lines link to the brown line, so it’s extremely easy to transfer to it from anywhere in the city. If you’re not familiar with the Taipei MRT network, here’s a map to help you out.

Another option, of course, is to take a bus. There are dozens of buses in Taipei, and the easiest way to figure out how to get to Songshan Airport from your exact location is to use Google Maps. Make sure to jot down all the info – especially if you don’t have internet on the go. You’ll want to make sure that you know which bus to take, where to get on and where to get off. Luckily most buses in Taiwan have free wifi, so you can also keep the app open and track your whereabouts.

How to get from Hualien Airport to Hualien City

Hualien Airport is located in Xincheng Township, less than 6km outside Hualien City, with buses and taxis ready to transport you to all corners of the city.

A couple of buses can quickly get you into the city center, such as Ubus 1123. The bus ride from Hualien Airport to Hualien Station takes about 20-30 minutes and costs NTD 25. However, it’s important to note that buses don’t travel throughout the night. So if you’re arriving late at night, you’ll probably have to catch a cab into the city. Check out the bus info here on the airport’s website (only in Chinese) for more information.

Another way to access the city is by taxi. Just remember to have a screenshot of your hotel’s address in Chinese ready to show the taxi driver, as most drivers won’t know the English names of streets or hotels. If you’re staying near the train station, expect the ride to take roughly 15 minutes. Also, it shouldn’t cost more than about NTD 300.

If you prefer to book a ride via a ride share service, Uber is a popular way to get around many of Taiwan’s bigger cities. It’s super easy to use the app, and you’ll know exactly how much the ride will cost you.

Taking a Shared Shuttle to Hualien via Jiufen

If your Hualien itinerary is flexible, a shared shuttle service is another great way to travel from Taipei to Hualien. This option is ideal for anyone who wants to squeeze in a few extra attractions on their Taiwan bucket list.

If that sounds like a win-win to you, this shared sightseeing carpool is perfect for you. The shuttle departs from Taipei Main Station and stops at Jiufen, Yilan Jimmy Park, Nanfang-ao Viewing Platform, and Qingshui Cliffs en route to Hualien.

The trip takes 8 hours, so it’s definitely one of the longer options to get to Hualien. But it’s a really fun way to see a bit more of Taiwan without planning a thing!

The distance between Taipei and Hualien is only about 158km, making it a great road trip route in Taiwan. If you don’t have your own wheels, it’s easy to rent a car via Klook if you have a valid local license or IDP. Car rentals in Taiwan are generally quite affordable, and pick up is easy.

However, due to Hualien’s unique location, traveling by car can easily take around 3-4 hours or even longer, depending on the traffic. In fact, my boyfriend and I once took 5 hours to get to Hualien!

While the scenery is incredibly beautiful, you should know that the road has many twists and turns, and heavy vehicles often speed or overtake cars. And if I have to be completely honest, it’s quite a stressful trip – especially the stretch along Route 9. So if you are a nervous driver, this might not be the best option for you.

Getting to Hualien in Conclusion

As you can see, there are loads of ways to get to Hualien, each with its own pros and cons. I usually take the train to Hualien because it’s fast, affordable, and the least stressful option. But hopefully, this guide has helped you figure out the best way to go to Hualien for you!

Have a great trip!

Well, that wraps up this guide on how to get to Hualien. What’s your favorite way to travel between Taipei and Hualien? Let me know in the comments below.

Need more help getting around Taiwan? 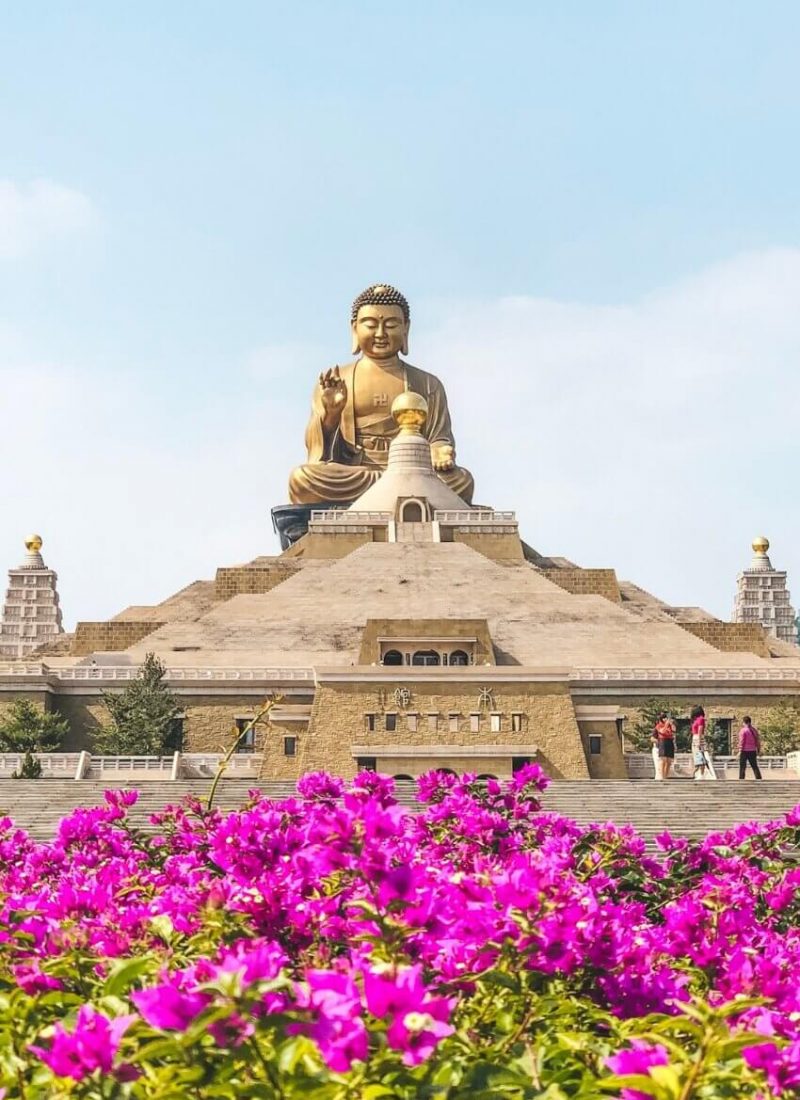 A Detailed Guide to Sun Link Sea Forest in Nantou