Wondering how to get from Taipei to Tainan? Then you’re in the right place!

Tainan, Taiwan’s oldest city and former capital, is home to a wonderful mix of culture, history, and food. With hundreds of temples, historical monuments, and museums, there are loads to do in Tainan! If you’re keen to experience all of Tainan’s sights and sounds, then the very first step is figuring out how to get to Tainan.

Tainan is located on the southwestern coast of Taiwan, roughly 310km from Taipei. While this might sound quite far, traveling between Taipei and Tainan is actually quite easy! And in this guide, I’ll share the easiest ways to travel from Taipei to Tainan, so that you can spend less time worrying about the logistics and more time enjoying all of Tainan’s best attractions!

How to Get to Tainan from Taipei

Taking the high speed rail from Taipei to Tainan

If your Taiwan itinerary is already jam-packed with things to do or you hate wasting time on transport, traveling between Taipei and Tainan by high-speed rail train is the best option for you.

Taking the HSR from Taipei to Tainan is by far the quickest and most comfortable way to travel between the two cities. And the journey only takes 1.5-2 hours (depending on which train you take).

The Taiwan High-Speed Rail (or THSR) has dozens of trains daily from Taipei City to Tainan. Trains depart every 30-40 minutes from Taipei Main Station, and it’s also possible to catch a train at Nangang (north of the main station) or Banqiao (south of the main station) in Taipei. However, since Taipei Main Station is the central transport hub in Taipei, let’s stick to that as our starting point.

The first train leaves Taipei Main Station for Tainan HSR Station at 6:26 am, and the last one is at 10:16 pm. Tickets generally cost NTD 1350 for a reserved seat and NTD 1305 for non-reserved seats. Business-class tickets are also available and cost NTD 2230 for a seat. Unless you need a bit of extra legroom, there’s really no need to splurge on a business class seat, as the regular seats are just as nice and comfortable.

If you’re traveling on weekends or during special holidays it’s a good idea to grab HSR tickets (only available to tourists) in advance because reserved seats fill up quickly. And since each train only has three cars (Car 10-12) dedicated to non-reserved seats, getting a seat is not always guaranteed. Alternatively, you can also pre-book tickets online via the THSR website (up to 28 days in advance) or buy them in person at any HSR station across the island.

How to Get from the HSR Station to Tainan City

The only disadvantage of taking the HSR to Tainan, besides being expensive, is that the station is not in the city center. Tainan’s HSR Station is located in Guiren District, just on the city’s outskirts. So if you do choose to take the HSR, note that you’ll need to take either a bus, train or taxi to get into town.

Taking the train from Taipei to Tainan

If travel time is not an issue for you, then another option to get to Tainan is by regular train.

Taiwan Railways (TRA) operates various trains daily between Taipei Main Station and Tainan Station. If you’re staying in the downtown area, this is a great option because you’ll have plenty of buses and taxis ready to transport you to all corners of the city. Moreover, if you’ve booked a hotel near the train station, you might even be able to walk to your accommodation!

Although taking the standard train from Taipei to Tainan will take much longer than the HSR, the ride is smooth and comfortable. And since trains in Taiwan are frequent and rarely late, it’s a very convenient mode of transport.

Several train lines run between the two cities, with Puyuma Express trains being the fastest. Other options include Tze-Chiang Limited Express and the Chu-Kuang Express. While Tze-Chiang Limited Express and the Chu-Kuang Express are generally slightly cheaper than the Puyuma Express trains, you should know they often take much longer. A Puyuma train to Tainan takes just over 3 hours, whereas a train ride on the other two can take anywhere from 4 to 6.5 hours, depending on which train you take.

You can buy a ticket right at the train station or online via the TRA website. But since taking the train is a popular mode of transport, it’s best to buy your tickets a day or two in advance. If you really like to plan ahead, it is possible to make a reservation up to 14 days in advance.

So how much is a train ticket from Taipei to Tainan? Well, that depends on which train you take and what time of day you travel. But in general, you can expect to pay anywhere between NTD 569 and NTD 738. For more details on prices and schedules, see the TRA website (above).

Taking the bus to Tainan

The last option on this list of how to get to Tainan from Taipei is the bus.

Taking the bus to Tainan is by far the cheapest way to get straight into the city. However, it’s also the longest mode of transport, and journey times can be unpredictable, especially during peak traffic hours.

On average, a bus ticket only costs around NTD 450 to NTD 480. This is a lot cheaper than the HSR or normal train. With that said, expect the trip to take anywhere between 4 to 5 hours.

You can purchase a ticket right at Taipei Bus Station (adjacent to Taipei Main Station), and it’s best to check the bus schedules well in advance. Both Ubus and Kuo Kuang Bus have several buses traveling between Taipei Bus Station and Tainan Bus Station each day. If you’d like to save some time (and guarantee a seat), you can pre-book a seat in advance via Klook. Alternatively, make sure to get to the bus station a bit earlier so that you can buy a ticket.

Tainan Bus Station is roughly a 15-minute walk northwest of Tainan Train Station. If you don’t want to walk to the train station, you can also take a taxi or a local bus. Buses leave every 20 minutes, between 8 am and 10 pm, and a ride costs NTD 26. The easiest way to check real-time schedules is on Google Maps, but you can also find more info on Tainan City Bus schedules here.

Getting to Tainan in Conclusion

While it is possible to fly and even drive to Tainan, these options won’t be nearly as fast or convenient as the other transport methods listed in this post.

I always travel with the HSR because I hate wasting time on transportation. But if you prefer to travel at a slower pace or have a tight budget, taking the bus or local train to Tainan are great alternatives.

I hope this guide has helped you figure out the best way to travel between these two cities!

Well, there you have it – three easy ways to travel between Tainan and Taipei! Which one is your favorite?

Need more help figuring out how to get around Taiwan?

If you found this post useful, please pin it to your favorite Taiwan travel board. 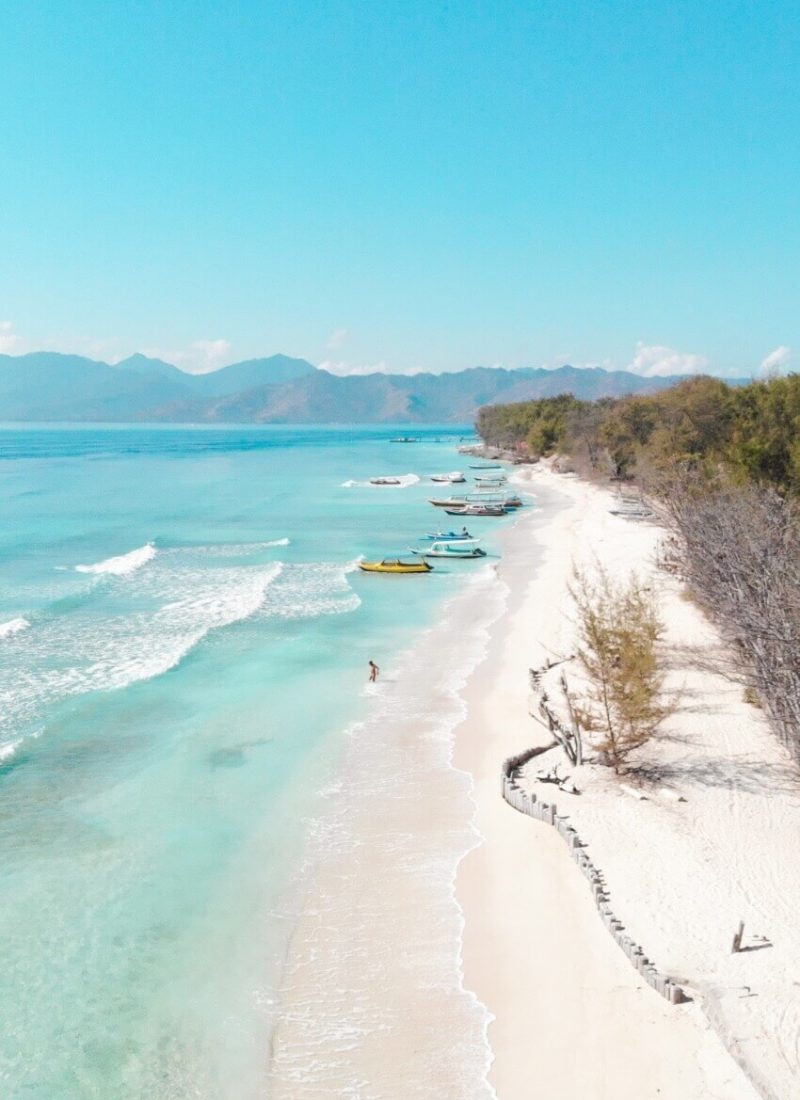 How to Get From Bali to Gili Islands Summer in Taiwan: 14 Awesome Things to do How to Get from Krabi Airport to Ao Nang 24 Incredible Temples in Asia You Must See

My city might not be as hip as Taipei, but at leas

We drove 3 hours to get to this secret cherry blos

These blooms make my heart flutter. 🥰🌸⠀⠀