If you’re looking for things to do in Keelung, you’re in for a real treat.

Keelung (基隆) is a fascinating city full of ancient forts and temples, colorful photo spots, and beautiful scenery. Located at the northernmost tip of Taiwan, Keelung is one of the largest port cities on the island. The city has a long and interesting history dating back to the 17th century. And today, traces of Spanish, Dutch, and Japanese influences can still be seen throughout the city.

In this guide, I’ll share the very best things to do in Keelung and everything you need to plan the perfect Keelung itinerary! Ready? Let’s go!

Before we dive into what to do in Keelung, here are a few tips to make your Keelung trip all the easier.

Top Attractions & Things to do in Keelung

If there is one place that definitely deserves a spot on your list of things to do in Keelung, it is Heping Island Park (和平島公園).

Situated at the edge of Heping Island, this sprawling seaside park is a great place to get acquainted with some of the north coast’s unique scenery. Much like Yehliu (Taiwan’s most famous geological attraction), Heping Island is packed with cool rock formations that will make you feel like you’re on a different planet!

The Mountain trail runs all along the coast and offers terrific views over the ocean, Keelung Islet in the distance, and the unique landscape that has made this part of Taiwan so famous.

The trail takes you past all kinds of funny-shaped rock formations, the Chi’En Tieh Fu (a huge platform that resembles tofu rocks), and the Mysterious Marine Cave (also known as Dutch Cave) hidden right in a massive cliff. You can’t enter the cave, but legend has it that a couple of Dutch people hid here after the Koxinga Army marched north to drive the Dutch out of Taiwan in 1668. Apparently, they carved words on the walls of this tiny cave, but due to erosion, they have eroded over time.

Other highlights along the trail include the Heping Island Pagoda, where you can sit back and soak up the scenery. At the end of the trail, there’s also a beach and several azure-colored tidal pools where you can swim with all kinds of fish. Note that lifeguards are only stationed here from May to October. Above the Visitors Center, you’ll also find several eateries and a cozy cafe with a huge deck.

If you want to join one of the guided tours, like the Rock Landscape tour or the Deep Environmental tour, note that you’ll need to make an online booking seven days in advance. Visit the park’s official website for more details.

Zhengbin Fishing Harbor (正濱漁港) is one of the most famous tourist attractions in Keelung, and it’s not hard to see why. With oodles of colorful shophouses lining a fishing port, Zhengbin Harbor is a popular spot among photographers and IG fanatics alike.

The port was built in 1934 during the Japanese Occupation and actually used to be the biggest fishing port in Taiwan. Today, Zhengbin Fishing Harbor is more of a sleepy fishing port, but it’s still full of nostalgia and a great place for a walkabout. While here, also keep an eye out for the boat named “Folk Art,” which earned its status as the first art museum on the sea.

For an iconic view over the harbor and shophouses, you’ll need to get yourself to Zhengbin Road (on the opposite side of the port). There are several lookout decks here and a couple of stairways leading right down to the harbor front.

Tuman Cafe (圖們咖啡) is actually one of the shophouses at Zhengbin Harbor, but since it’s one of the coolest cafes in Keelung, it deserves its own spot on this list of things to do in Keelung.

The cafe is housed in a four-story shophouse, and you can access it either via Zhongzheng Road or directly from the port. The menu features a great selection of drinks from oat milk coffee to brown sugar latte to No.18 Red Jade tea and even the cafe’s very own spin on Taiwan’s most famous drink, milk tea.

If it’s food you’re after, the cafe only serves a small selection of curry-based dishes featuring “Chikuwa” – a local specialty fishcake snack that traces back to the Japanese Occupation. For those with a sweet tooth, definitely try the lemon tart or apple mille-feuille!

While the food and drinks will undoubtedly fill your tummy, it’s really the cafe’s ambiance that makes it such a must-visit place in Keelung. Tuman Cafe features cozy seating, colorful interiors, and epic views over the fishing port, making it a great place to kick back and relax for a few hours.

Another must-visit Keelung attraction that you shouldn’t miss is Zhongzheng Park (基隆中正公園).

Built in 1967, Zhongzheng Park is a sprawling three-level religious park home to several of Keelung’s most famous landmarks. It also offers the absolute best view over the entire city!

Start at the uppermost level, where you’ll find the impressive Giant Buddha Temple as well as the enormous 22.5m high statue of Guanyin, the Goddess of Mercy. Right in front of the figure is a huge pavilion where you can admire the incredible views over the city and harbor. Take your time strolling the grounds, as there are loads of great photo opportunities.

After you’ve explored the highest level, keep an eye out for the trail leading to the second level. There are no signs in English, but you’ll spot a tiny dodgy-looking stairway at the back of the complex (right between a little shop and the pavilion with the Buddha statue).

The second level of Zhongzheng Park is home to the gorgeous three-tier Zhuputan Temple (also known as Zhupu Temple or Chupa Alter), which hosts one of Taiwan’s most important annual folklore festivals, the Mid-Summer Ghost Festival. There is also a museum within the temple where you can browse various artifacts and learn a little more about the festival’s rituals.

If you still have time, drop by the Keelung Martyr’s Shrine, the Martyr’s Hall, and the Arch of Zhongzheng Park further afield.

No Keelung to-do list would be complete without a visit to one of Taiwan’s most famous night markets, Miaokou Night Market (基隆廟口夜市).

Touted as one of the world’s top 20 night markets in 2021, the Keelung Night Market boasts a wide variety of cheap and tasty Taiwanese street food. From sparerib rice and thick pork belly soup to oyster omelets, Taiwanese tempura, the freshest seafood imaginable, and much more – you won’t have a problem filling your belly here!

With more than 200 stalls, there’s plenty to keep you busy. While Keelung Night Market runs over several streets, the most atmospheric one is Rensan Road, lined with hundreds of yellow lanterns. It’s also here where you’ll find the largest of Keelung’s ‘big three temples,’ Dianji Temple (奠濟宮)– a huge Taoist temple that dates back to 1873.

While Rensan Road is the main highlight in Miaokou, make sure to also stroll down Aisi Road. Here you’ll find loads of seafood options and all kinds of interesting street food snacks.

Insider’s tip: Keelung Night Market’s iconic yellow lanterns are sadly not turned on every night. If you want to see the night market illuminated, it’s best to visit on weekends.

Chenghuang Temple was built in 1887 and is dedicated to the seventh official of Keelung, who lived during the Qing Dynasty. It sits right across from the Keelung Maritime Plaza, and its door faces the Keelung Harbor.

It is one of the ‘three big temples‘ in Keelung, and worth a quick browse if you’re not in a rush. While it’s a cool place to visit any time of year, come during the annual Keelung Mid-Summer Ghost Festival. The temple holds a ceremony parading city gods on boats around the harbor during this festival.

If you’re spending a bit more time in Keelung, here are a few other Keelung attractions worth a visit:

How to get to Keelung from Taipei

Keelung is less than 30km from Taipei City, with several ways to access the city.

The quickest way to get to Keelung is to take a taxi (or Uber) from Taipei City. The ride takes about 35 minutes (depending on traffic) and shouldn’t cost more than NT$1000.

If that’s not an option for you, a much cheaper alternative is to take a local train (TRA). The train ride generally takes around 45 minutes and costs NT$41. Trains depart every 15-20 minutes from Taipei Main Station. See train schedules here.

How to get around Keelung

Keelung is not a very big city. And as a result, most of the city’s attractions can be reached on foot. If you don’t feel like walking, there are plenty of buses to whizz you off to all corners of the city. Alternatively, hop in a taxi. Just remember to have your destination’s address in Chinese handy. Most taxi drivers won’t know the English street names. (To make things easier, I’ve included those for you above too).

If you don’t want to bother with any of these transport hassles, Uber is another great way to get around. Rides generally cost about the same price as a yellow taxi.

Where to stay in Keelung

While most travelers prefer to stay in Taipei and only visit Keelung on a quick day trip from the capital city, it’s a great base to explore a few other gems along Taiwan’s north coast like Jiufen, Shifen, and Yehliu.

Here are my top picks for the best places to stay in Keelung.

What to do in Keelung in Conclusion

As you can see, Keelung is home to loads of cool attractions! While this list of things to do in Keelung only covers a handful of Keelung’s top tourist spots, it’s a good starting point!

Well, that’s all I’ve got on what to do in Keelung. Did your favorite Keelung attraction make my list? If not, let me know in the comments below so that I can check it out on my next trip!

Don’t forget to save this list of things to do in Keelung to your favorite Taiwan travel board! 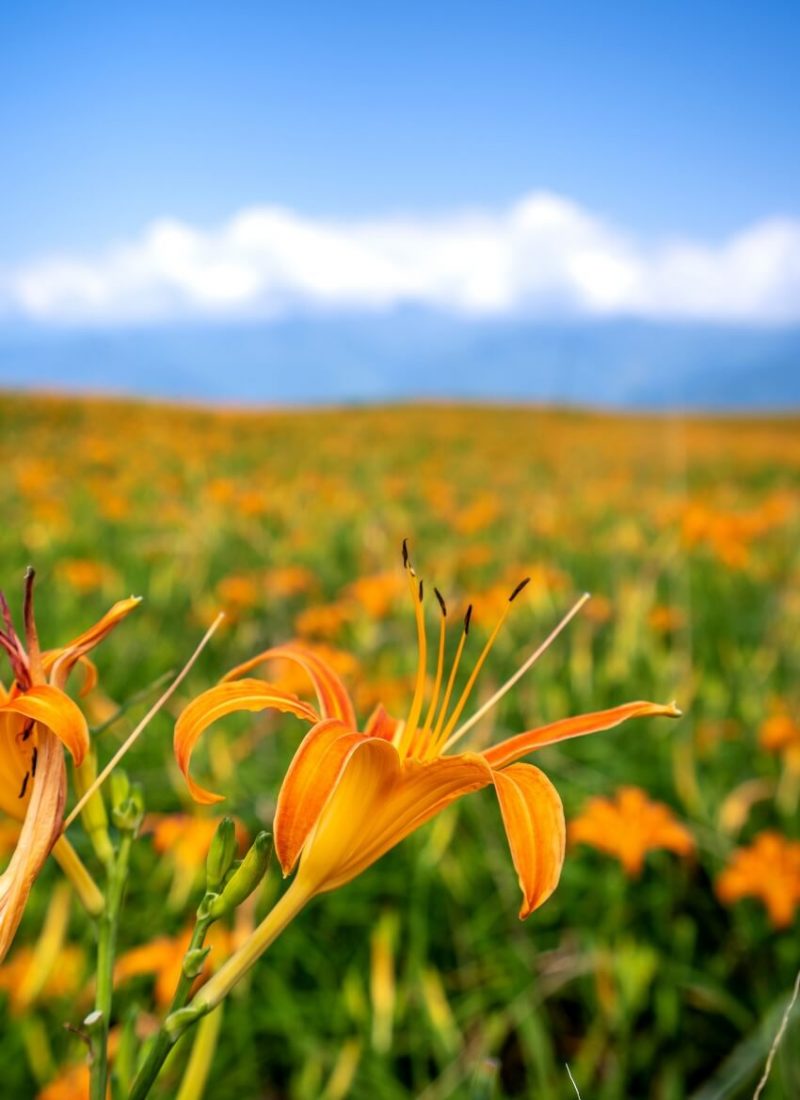 9 Incredible Day Trips from Bangkok Not to Miss How to Get to Penghu: The Best Transport Methods